Doctor Who - The great unanswered questions

I am a huge Doctor Who fan and have been since I was old enough to watch it. In fact, I'm only just a little older than the show (being born in 1961) and some of my earliest TV memories involve Patrick Troughton in the London Underground chasing Yeti and the foamy monster from Fury from the deep. As TV went colour and Jon Pertwee donned the mantle of TARDIS driver I became hooked and I've never missed an episode since. And, as much as is possible, I've watched or listened to the Hartnell and Troughton back catalogue too. 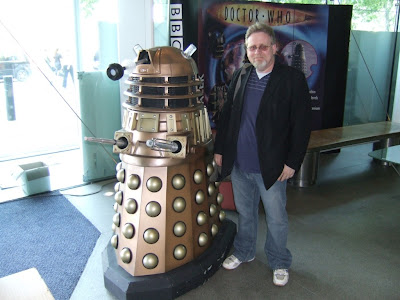 My fannishness stepped up a notch in the mid-1980s when I submitted several scripts to the BBC (Peter Davison was Doctor then) and was invited in to meet the then producer John Nathan-Turner. He was a lovely guy, camp as Butlins and with a taste in Hawaiian shirts bordering on the insane, but he liked my scripts and, over several meetings, we talked about how I could hone one of them down into something usable. I'm afraid my imagination and vision far outstripped what the BBC visual effects department could manage back then. I felt really sorry for them; they had a shoestring budget and the post-Star Wars cinema and TV sci-fi boom in the USA was putting our shows to shame. Anyway, I watched several episodes being filmed at BBC televison centre including Timeflight and Frontios. I then had to do a rewrite of my script to accommodate the change to Colin Baker's Doctor and I saw parts of The Twin Dilemma being filmed with those bloody awful Tractators. But, for one reason or another, my show never got made. 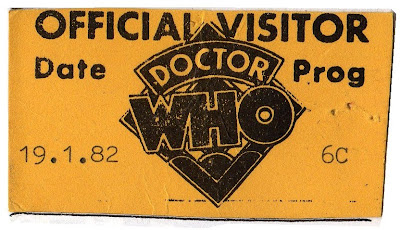 I've remained a fan ever since and now regret that I will never get that close again; the show is far too big now and attracts writers of the calibre of Neil Gaiman, Paul Cornell and Mark Gatiss. And so it is to these writers - and others - that I issue this heartfelt plea: PLEASE will you guys plug some of the gaps in the show's history? There are a number of them and here is my wishlist of some I would desperately love to see answered before I die:

(1) Most of the Doctor's regenerations have been a pretty easy transition between bodies. So who or what was The Watcher that presided over Tom Baker's change into Peter Davison?

(2) The Paul McGann movie - which is accepted as part of the Doctor Who canon - states that the TARDIS recognises the Doctor as half human. Why?

(4) Martians. There have been loads of them from Sutekh's Pyramids of Mars bunch to the Ice Warriors to the Seeds of Death fungus and the Waters of Mars virus. How do they all fit together and from what era do they all spring?

(5) Daleks confuse me. First it was Dals and Thals. Then Thals and Kaleds. Then Davros is introduced. Presumably, as he invented the things, Genesis of the Daleks (Tom Baker) predates The Daleks (William Hartnell) so why could Hartnell's Daleks only run on smooth surfaces? And when did they learn to fly?

(7) The Doctor's family. Firstly, he has a daughter running around played, confusingly, by the girlfriend of the Tenth Doctor who is the real-life daughter of the Fifrth Doctor! Why isn't Matt Smith making any reference to her? David Tennant stated that the Doctor had once had kids of his own. And, right back at the very start, Hartnell was travelling with his 'granddaughter' Susan. Was she really his granddaughter? And why didn't Idris mention her in The Doctor's Wife when talking about stealing the Doctor? Missed opportunity there mssrs. Gaiman and Moffat?

p.s. There's a great story attached to the photo of me with the Dalek. It was taken at the BBC in 2008 when I was doing some radio interviews about my first book. You might notice that the plunger is missing. The security staff had borrowed it during the night to unblock a sink. Absolutely true. It was on a draining board drying off when I got there.
Posted by Stevyn Colgan at 12:39 am

I am also a huge Dr Who fan though sad to say only discovered it with Christopher E. However in my defense I did go back and watch earlier Dr's. As for the last question all I know is I don't plan on "getting a life" I love being so excited for the new episode that the five hour difference between it airing in UK and US is the longest five hours of my life ;)

Number 7 is the one that has bothered me the most. I'm glad the idea of the doctor having children/family was returned to in the recent era because I had always wondered who Susan was.

4. Martians. Earth has many very different species of creature living on it. Couldn't it be the same on Mars - but with them all having evolved sufficiently to be sentient and beligerent?
Bit thin I know.