It's good to know what you don't know

It was interesting to see during the session just how many people there didn't know what a defib does. Without exception, they all believed (probably because of TV medical dramas) that a defib starts the heart once it's stopped beating. As you may, or may not, know the truth is completely the opposite. You use a defib to stop the heart. I'll explain ...

After a heart attack, or some other event that affects the heart's performance, the heart's natural pacemaker (a bunch of cells called the sinoatrial node) can lose control of the beat. This is termed arrythmia. It means that various parts of the heart are beating out of sync with each other (rather like my dancing if you've ever seen me). Defibrillators deliver a therapeutic dose of electricity to the affected heart tissue, stopping the heart and allowing the organ's pacemaker cells to re-establish a normal rhythm.

So there. Isn't it great to find out something you didn't know you didn't know? That's the philosophy that led to the formation of Quite Interesting Ltd, of which the very public face is the QI TV quiz show hosted by Stephen Fry. 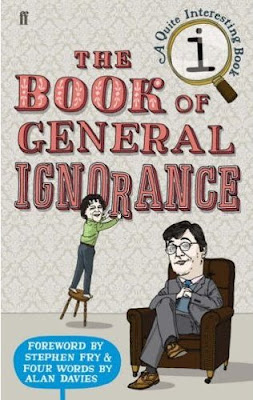 QI began, as all the best ideas do, with a chat in a pub. John Mitchinson, an author and publisher, lives in the same Oxfordshire village as TV comedy impressario John Lloyd (Not the Nine O' Clock News, Blackadder, Spitting Image etc.) The two of them were bemoaning the fact that people seem to be losing the ability to challenge and question the world around them; that we're all turning into sheep and blindly accepting what we're told. I have had some experience of this myself in watching my kids go through school. It was patently obvious to me that they were being taught to pass exams rather than being educated. For example, my eldest, Sarah, was doing her art A-level for which she had to learn about Monet. And she studied hard to the extent of becoming a Monet-maniac (sorry). But when I asked her anything about the other Impressionists, she looked at me blankly and said, 'Manet? Degas? Renoir? Morisot? Who are they? I wasn't told to learn about them.'

People claim that exams are getting easier as pass rates are going up. They're not. The exams are actually much, much harder than they were when I did my A Levels back in the late 1970s. But mine ranged across whole swathes of art history. Sarah's just focussed on Monet so, therefore, her exam read like a round from Mastermind. 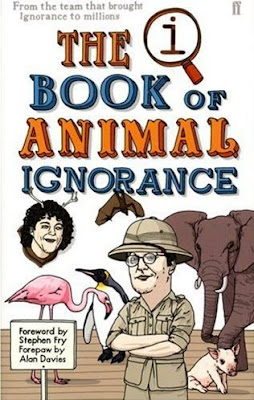 So the two Johns were sat in the pub bemoaning this lack of curiosity and amusing each other with their knowledge. 'Did you know that Henry VIII technically didn't have six wives?' 'Did you know that the Earth has more than one Moon?' And they soon realised that this 'Everything you think you know is probably wrong' was not only a healthy way to look at life ... it was fun too. From these conversations grew the beast we now know of as Quite Interesting Ltd. Soon they had opened their own QI Club in Oxford and were looking at publishing and the wider media. Stephen Fry agreed to host the TV show and the rest is history. 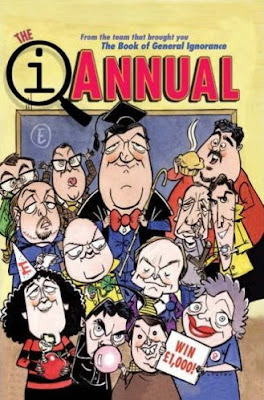 And my connection with this is? Well, I've met the guys at QI (which is why I can talk with some authority about their history) and am working with them on my first book. However, that won't be out until Christmas 2008 (more about the book as the year goes on) so, in the meantime, I strongly advise you to get hold of last year's Book of General Ignorance and this year's Book of Animal Ignorance and the brand new QI Annual. They're all informative, witty, clever and hilarious (wait 'til you see some of the cartoon strips in the Annual!).

Knowledge may be power but it can be entertainment too.
Posted by Stevyn Colgan at 12:18 pm